Well done to Master Martin Vickery who has completed his 25th City2Surf run this year in 76 minutes. He ran with a friend for the first 2km then pressed on alone to challenge himself to get out from the crowd. He had a great time and will be back again next year! I asked him to give us a bit of a history of his running:

To be honest I’m not sure why I ran the first time I did in 1991. I guess I never minded a run now & again but I was not a runner. From then on I really enjoyed it. As you know I usually stick with things for the long haul. I guess on that first run the atmosphere with the crowd & bands playing, people entertaining along the way with plenty to see got me hooked & I was drawn back again & again. Westpac as a major sponsor has a tent just next to the beach where they supply food to the runners at the end where you can relax & soak up the atmosphere while watching the rest of the runners arrive.

I did miss the run the following year in 1992 as I was on holidays in Tasmania visiting a friend who moved there from Sydney. I would have been 14 when I started.

Since then I have only missed one more run which was in 2011 (due to injury). It was hard to watch on TV that year & not be there. 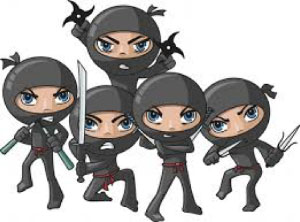